update on the SRE class 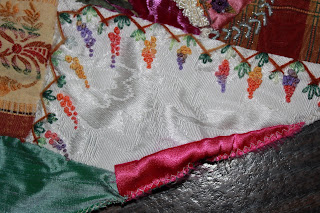 looks like grapes but it's not awful so i'll leave it.
for some reason the actual grapes won't load so I'll do that later.

I have made a wreath that I was going to use for strawberries but though better of it and now don't quite know what to do with. flowers of some sort I suppose! 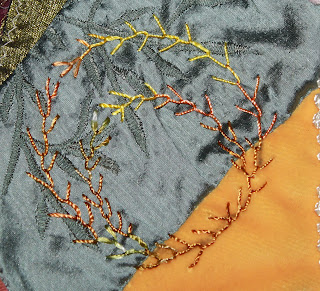 the butterfly is finished and I'm working on the 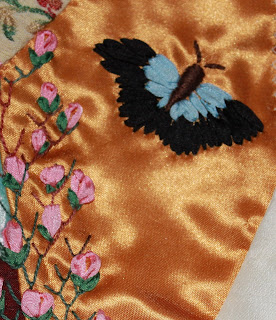 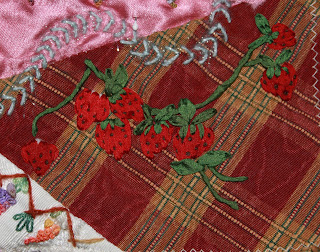 Posted by Momma Bear at 7:13 PM 2 comments: Links to this post 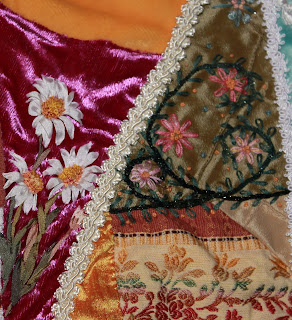 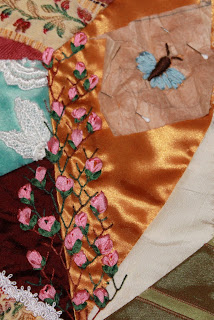 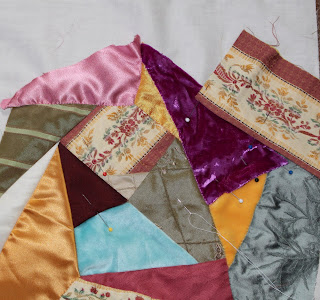 Here is how my SRE class is going.

so far I'm quite pleased!

I'm using a combination of RJR and Gloriana silk ribbon.

the RJR is wonderful for good solid colors and gloriana has wonderful vibrant variegation's in it for blending and realism!
Posted by Momma Bear at 10:12 AM 1 comment: Links to this post