two new boxes in the shop 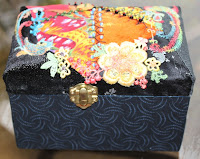 I have put two new boxes in the shop , now didn't these turn out nice?

i'm rather pleased with these two boxes, 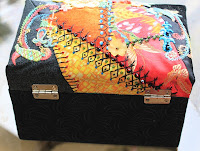 
the diamond seam treatment turned out nice, the blue beads down the center show off that seem very nicely 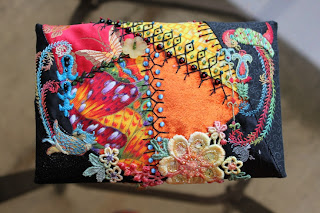 I'm glad it turned out so well here 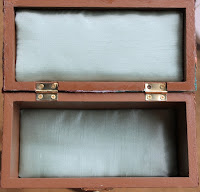 "the music lesson" turned out well too I was hoping the silkie would show better but no matter where I take a picture of it theres a glare and the picture is washed out, poo!

I wish too that the clock would have been a little more centered  but sometimes placement is tricky when your putting the final touches on. 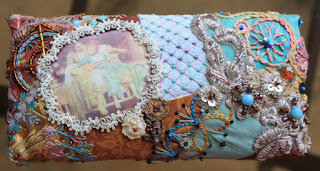 and in order for the rest of the block to be shown well without cutting off anything vital the clock face got a little smooshed, also Poo!
I could just use the top as a template but where would the fun be in that?
besides I like the look of the embroidery wrapping around the edges and going around corners.
Posted by Momma Bear at 6:15 PM No comments: Links to this post