a bit of a circus

for the last several days I have been host to a 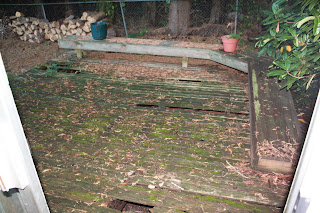 variety of workmen. We decided (after the last time I went through it) to redo the deck. the two contractors who have been doing that have been here at the crack of 8 every morning, for the last 2 weeks sawing, banging, nailing and measuring.

the framing is done and the pergola is up and except 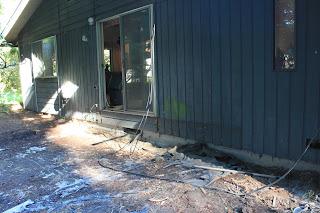 for the snaffu with home depot, in which they sent us someone else's order the first day, gave us the wrong stuff the second time, then took 2 days to come back and fix it. there have been no other problems there. knock wood. 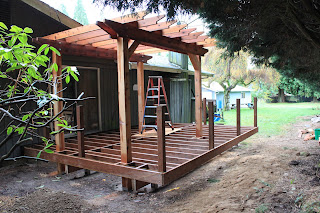 we also decided since we were doing that we would have the garage roof ripped off and re done. there was a nasty leak at the back, where the addition starts, that the nobabs who owned this house before Adam, screwed up yet another, easy job and didn't install the flashing right. so we have had the roofers banging away on the garage yesterday, today and tomorrow. 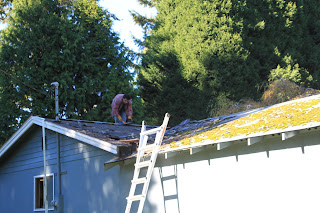 we also had a few trees that were getting too big for where they were. 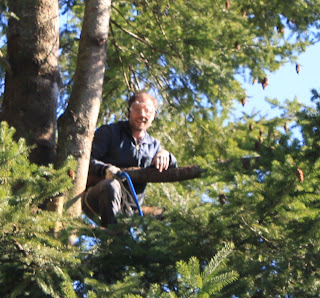 Now Adam will usually climb up there with the saw and cut and thin the branches,that's monkey-boy in the tree last summer, when they start interfering with his satellite dishes ( he has 4!) But since these trees were a. too big and b. near house and power lines, yesterday we had the tree guys out to take down a few trees. 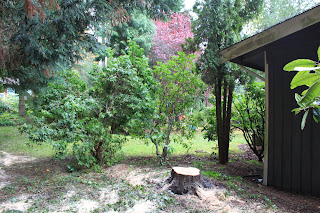 I have new respect for the tree guy! Despite the persistent drizzle to potential noah event, he took the 40-50 foot tall hemlock that was only about 4 feet away from the front corner of the house down and It took him all of about 20 minutes, to denude the tree of branches and cut the sucker to a stump! 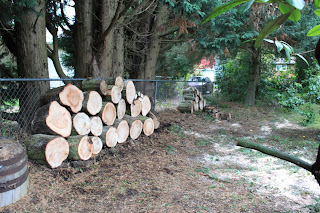 the other trouble child was the pine by the garage, 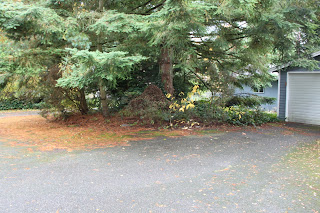 that one was a harder decision to make as the tree was healthy but it was throwing out roots that were making a hazard of the driveway and it was easily 80 feet tall! then there were two other bonus trees by the garage we had taken down too. 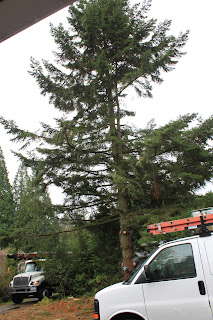 those were only 20 feet or so. to close to power lines and the back of the house and too tall for us to do on our own. so it's been a bit of a circus around here for the last few days!

so now we have tons of sun in the morning! the birds are a little upset with us, I think they will for give us when we finish landscaping the spot with 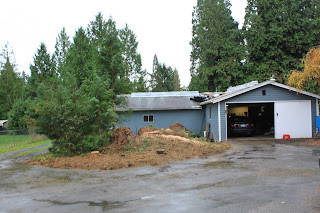 some pretty brush, a few bushes and a smaller growing tree. it's so open behind the garage now that it will take a few days getting used to. it's so nice to sit In the sun, in my chair, and have my morning cuppa! 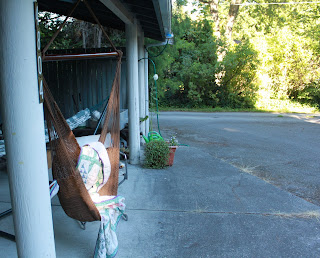 I can't wait till the deck is done so I can sit out there too!
Posted by Momma Bear at 4:15 PM 1 comment: Links to this post