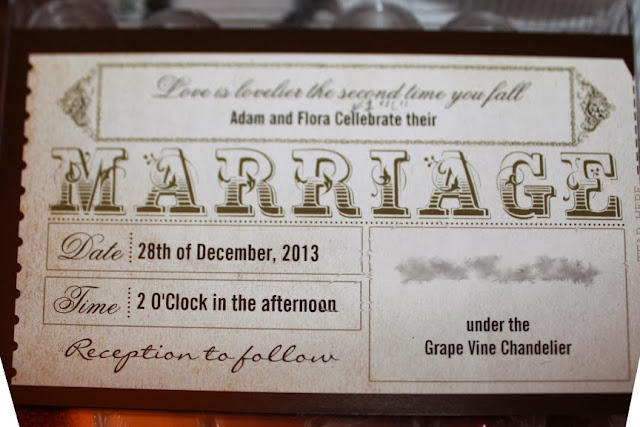 See, I told you I had a good reason to be ignoring my cq!

I promise to have some pictures later.

and yes I know there is an extra l in celebrate! I didn't catch it when I ordered them.
and if you saw what kind of spelling mistakes I usually have, you be impressed that that's the only one that got by me! ha!

I am getting some champaign now......cheers!
Posted by Momma Bear at 12:03 PM 3 comments: Links to this post

may he touch you with his noodley appendage 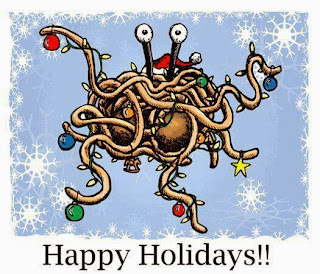 Posted by Momma Bear at 11:48 AM No comments: Links to this post

Email ThisBlogThis!Share to TwitterShare to FacebookShare to Pinterest
Labels: christmas

I started them so long ago now I have forgotten the last post i did of them. 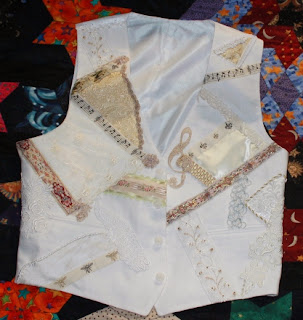 and I finally found a white vest!
you'd think there would be more of these things lying about in stores
but no.
I had to order it special after I found it on line.
Its a lovely white linen

I added a few things to it
Posted by Momma Bear at 5:00 AM No comments: Links to this post

And so it's christmas

hello all! and a happy holidays to you all!

I have decided this year, as I do almost every year, to forgo the mall crawl mind numbing sameness of the "traditional" shopping season and stay home making Christmas presents from parts bought at local businesses.

I hate this time of year, not for the reasons you think ( though there are those too!).

the rampant commercialism and ruining of this years thanksgiving peace, was the last straw in a growing list of grievances with the walmarts and targets of the world. 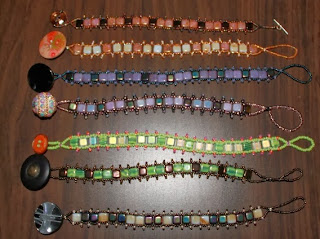 at this point I'd rather pay and extra dollar at my local store than go to any one of them for anything.


anyway, I put the tirade at the end of the post, for those who simply wish to enjoy the eyecandy without the vitriol. 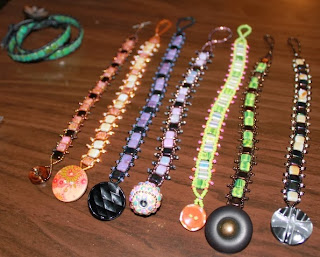 I have been working on these little beauties for a month now and have gotten it down to a science! 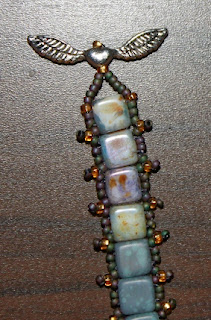 obviously not all of them are here some have been sent off to their new homes. 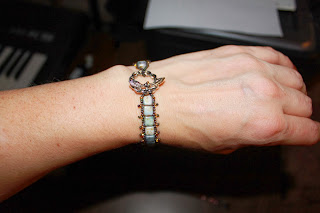 I have also been working on and off on Uncle the Monks coat of arms. I am in, various shades of blue split-stitch hell, right now and will get pictures when there are any new developments because it looks the same as last time just more blue. 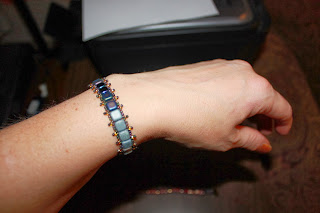 the other projects I am currently ignoring in favor of the holidays are Skellie, my faerie project and the lace and pearls rr which we all decided to ignore for the holidays.

so you understand why I have been inordinately silent, there will be big news (for me anyway) in the new year, which I am currently obsessing over and will let you in on when it's all done.


and yes, here is the end of my aforementioned soapbox tirade.  I felt the need to unburden.


I'm not going to go on about corporate greed and their willing minions in congress, form the gist of this post I think you already know where I'm going and either agree or don't so I won't bore you here.

Except to say, I vehemently disagree with the way the season is being used, by all parties to fleece on of the hard earned and paltry scheckles we have left at the end of the year.
This includes the church, who lost my interest, with their treatment of the abused children and their adamant refusal to do the right thing in dealing with the priests.
then there's  congress who can't seem to get out of their own way to get anything done.
I didn't agree with the GOP before but at least they could get their jobs done.
Now it seems they revel in the fact that they don't do anything and are being paid quite well for it thankyou.
PTHHHH! if there is any justice in the Universe they will all be out on their collective hinies  in 2014 and 2016.