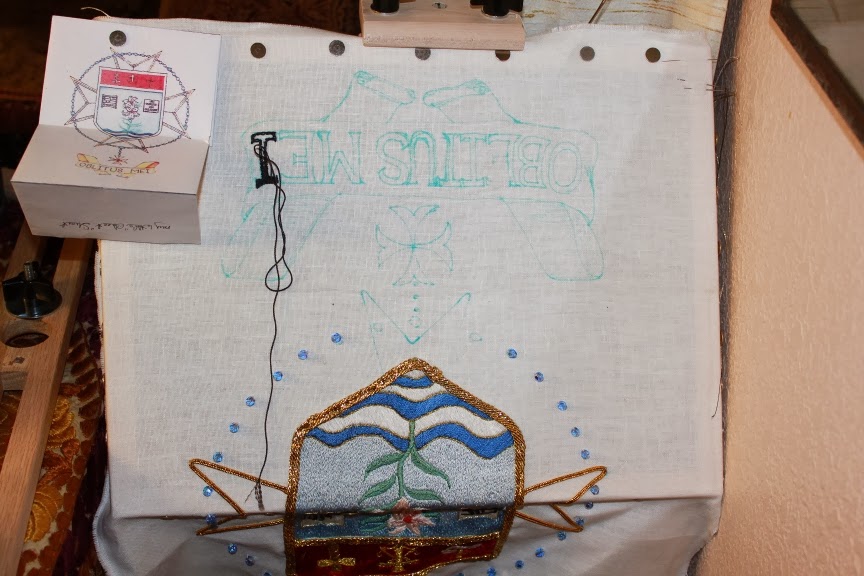 I have transferred the banner to the bottom of the piece and rehung it on the frame.

as you can see I have to work on it upside-down from now on.

I have so far finished the upper half or the the banner . I filled in the Hosanna on the one side and the LEX on the other 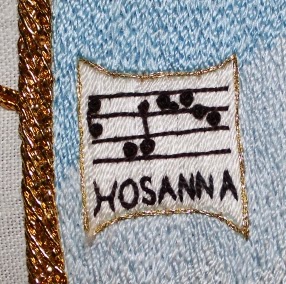 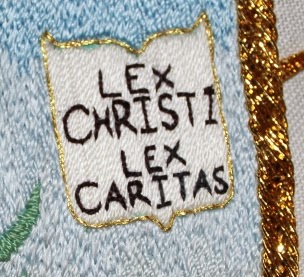 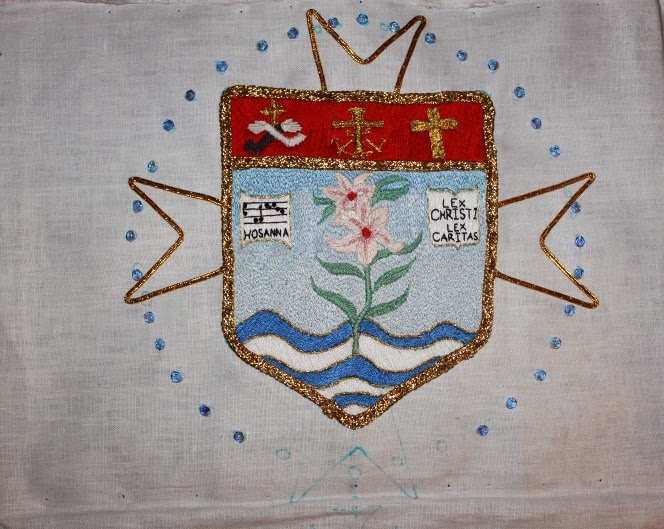 the beads i think I explained before are from a rosary given by grandmother.
don't they look pretty ?