the munk from uncle part deux 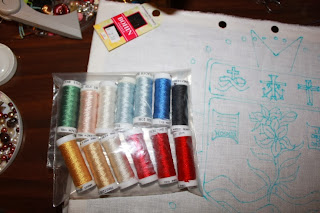 These are the colors of trebizond silk I chose for uncle Carl's coat of arms.

I haven't decided yet to do the outer rim in goldwork or not, would it be too much or just enough?
would it clash or diminish the big maltese  or enhance it? 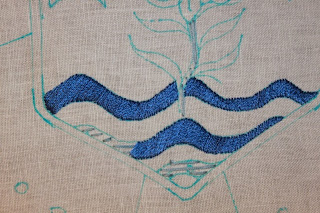 to help the silk lay flat you need to give it an under layer of thread or felt, depending on the loft you want to give it. 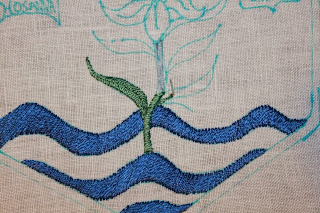 the stem and leaf of the lily came next 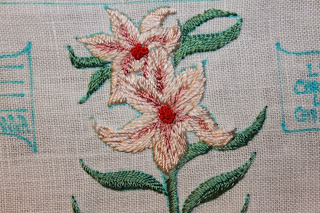 I have started the underlay for the crosses and the arms that go with the first cross.
though I need the anchors for the second cross before I start that part of the project. 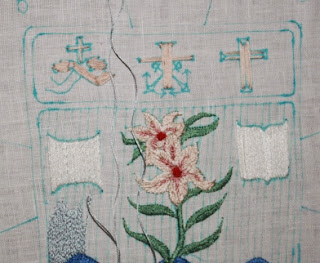 I have started the background of the shield in a lighter blue I am variegating it because I haven't decided if I want to add a slight gradation of darker blues going up to the top. this was depicted in the initial picture but I'm not sure I want to do this.

also just received the flur de lis
for the corners  when I get to that part they will look lovely!

Posted by Momma Bear at 1:18 PM 4 comments: Links to this post