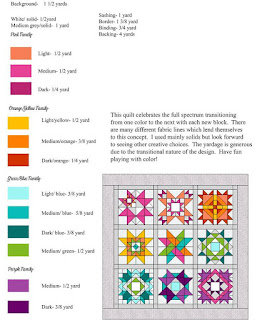 As you all know I have been taking a break from crazy quilting,
Its not a permanent on just a cleansing, as it were.

I feel the need to have projects to do that can be finished quickly, mostly to keep my mind busy on things other than news, which I've switched off. For those that know me well that is a BIG deal as I am an itinerant newsie and have been since high school.

I'm still working on slow stitching and have several projects in the works but I'm a little brain fried with them right now so they will dribble in slowly as I get around to them.

I find it best to set things aside and work on something else when that muse has left the building, rather than trying to force it along or worse yet, let it sit there and stare at me, mocking my inability to create. 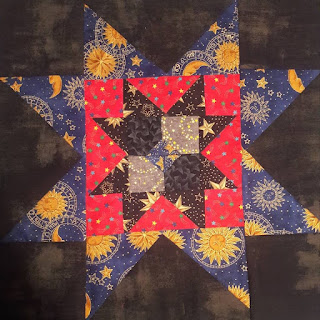 looks like its going to be a fun quilt to make

but I want a bed size quilt so my first challenge is to make 2 of each block then pick 4 extras to make it long enough for a queen size bed. 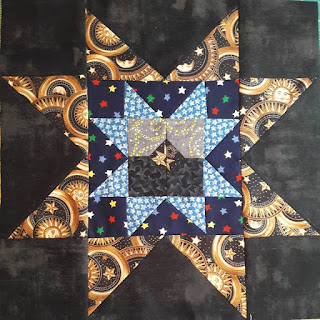 my second challenge is to use as much of my star fabric stash as possible, 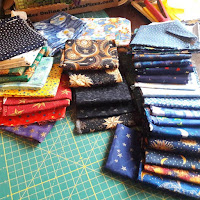 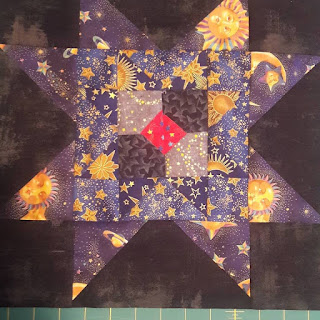 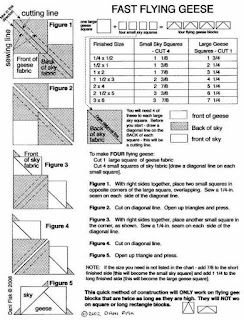 Blocks 2 and 3 have turned out spectacular!

Every thing I could wish for

Block one was, nice, bUt

the pints were mostly fine but wonky in the crotches.

aaand the middle star has almost no definition between colors and so reads like a square at a distance, instead of a star.

and I followed the directions too! Double foo!

so I took my stars destiny into my own hands and resorted to my comfort zone for making flying geese, instead of the stated directions

and it worked! whee!