I have joined both the BJP for 2011 and crazy quilting international.
now lets see if i can keep up!
I need a theme for my journal, something that will run the course of the whole project and link each one together.

which got me thinking, the last year or so has been a turbulent 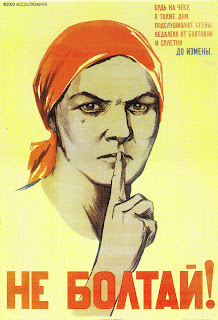 one, I divorced my husband of 20 years, with no place to go, no family support and a retail job that payed $800 a month and sucked time like Cronos.
so instead of "ruining" my children's lives I left them with their father in the house they grew up in, with their friends and familiar surroundings.
I felt it would be less disruptive than pulling them away from everything they know and relocating 2000 miles away in washington. Right?

Did I do the right thing? could I have handled the situation better? was there another alternative? am I running away from my responsibilities and taking the easy way out? I DON'T KNOW!

so how do you make the right decision when all the alternatives are bad?
I do think I made the best choice I could at the time.
I would never have done any of this, had the children been younger.
hence the reason for staying in a marriage, that's been dead for 10 years.
they are, for the most part, old enough now, to go out into the world and make some of their own decisions.
I have always been open and honest with them, I have always answered their questions as best I can with the information I have.
they may not like the answers and they were mad at me for a while but I think they understand why I divorced their father the way that I did.
the older two ( one is going into the navy and the other is in H.S.) have come to understand that being a grown up means making tough choices and that it's not always the most optimal choice, but it's the best choice you can make at the time.

so does this make me an awful, heartless person and horrible mother?
my EX would have me and everyone else he talks to, think so.
or did I make the best choice I could, given the circumstances?
I'll let time decide.
Posted by Momma Bear at 10:56 AM

Well, my first year in the BJP was an awakening for me. I started a blog so I would have a place to show my work. It really WAS a journal of my thoughts and helped me to learn a lot about myself and to share that with others, which I have NEVER done before. My secrets are still deep within, but there are less there now. It was therapy of a sort.

Last year, well, too many family interferences and I didn't keep up.

I am returning to my embroidery roots and want to be deeper involved in crazy quilting. So my BJP this year will involve CQ/stitches and whatever else. I won't have a prethought theme and see where it leads. But I will definitely get back to "journaling" which I didn't do last year.

AT 59, a happy wife of 39 years, mother of one and grandmother of 2 (all living with us now) I could give you my thoughts on the recent changes in your life. You would probably be pretty surprised on what they are.

I knew there was a reason the Universe draws me to you.