well here is the new project, my DS childhood quilt, 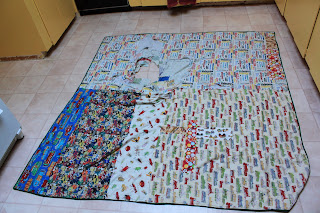 he has had it since he was 6 or 7, I took it away from him, when I discovered him walking around with it serape style and gave him another quilt until I could fix it.
that is now just as dead, deader even. 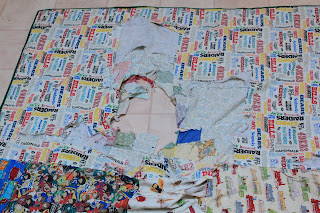 decided it would be a fitting christmas surprise to get it back to him this year.
Especially since he keeps bugging me to have it back.
the problem is how to fix the great honkin' hole in the quilt top,

so first I closed the hole in the front, It being the 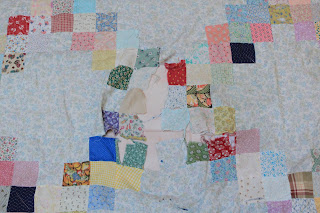 smaller of the two,


replacing the three inch squares was as easy as they come!


why I did not do this sooner is anyone's guess.

probably a misguided attempt to teach him to take better care of the things he loves. 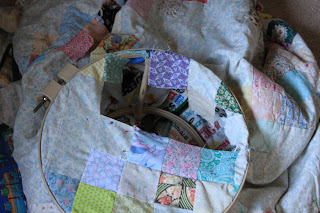 I should have taken a closer look at his childhood stuffed cat, carelessly tossed strategically close to his pillow every morning.

the front was not as damaged as i originally thought, here is the top, hole-less. 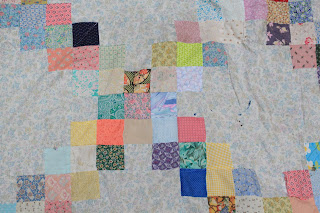 now for the back, 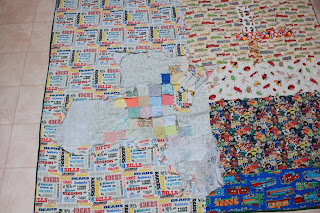 that was relatively painless too! 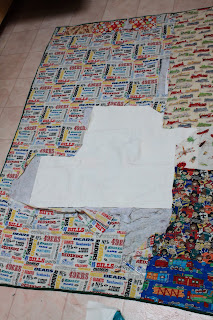 Now I am extremely embarrassed at not doing this sooner, as easy as it has been so far,


of course just saying that grantees me trouble in the future.


fix the small patches on the front and quilt the darned thing all over again! 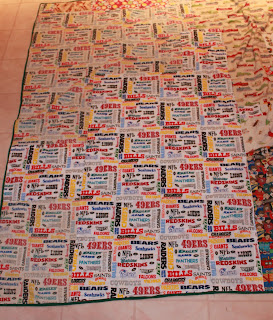 Not bad for a weekend project! I hope to have it done before new years!)
Posted by Momma Bear at 4:19 PM No comments: Links to this post