I'm not calling those who believe in a particular 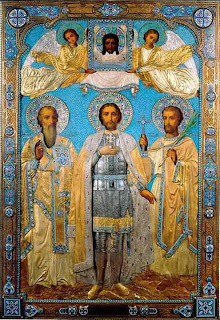 religion Wackos,
just those who feel the need to invade my sanctuary by ringing my doorbell at 0:dark30 on a SUNDAY morning and harassing me and mine on our beliefs!
I don't assail you in your home and tell you how to live your life. leave me alone!
I worship in my own way, in my own time & I don't need some half-baked, self-righteous, know-it-all to lecture on how I'm living my life wrong if I don't believe what they do! It's offensive in the extreme!

my dearest philosophy is Harm none, do what you will. my second is that, those who do not know thier history are doomed to repeat it! truth will set you free.
and it's not that I don't believe in God either (my grandmother & 4 years in catholic H.S.took care of that) I don't believe in RELIGION.

anything based on something written 100-200 years AFTER the actual events by, mostly, men. then agreed upon by, yet again ,mostly men-who BTW actively left out a whole bunch of other stuff-then went about forcing everyone else to believe what they did, is suspect at best. the overall death and destruction in the name of God is appalling.

I believe very strongly in the natural order of things. following the Earths seasonal panoply and helping it along where I can but I know my limitations.
I don't need some noobab to tell me how.
I leave you with a favorite quote by Alexander Hamilton
"those who stand for nothing, fall for anything"
Posted by Momma Bear at 11:06 AM 1 comment: Links to this post