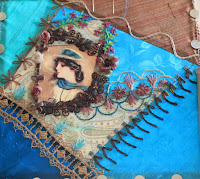 This month is chainstitch and it's smaller cousin lazy Daisy 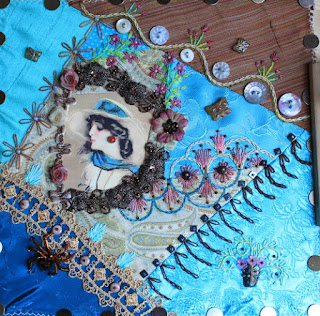 and after embellishments, embroidery, beads and other stuff is thrown at it 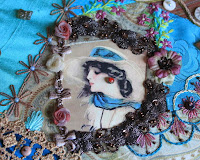 The green barely shows up in some places 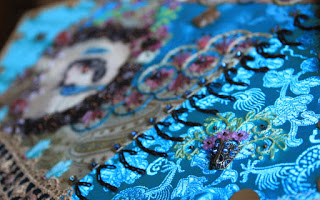 I like that vase motif I have used it before.

What is your opinion on using motifs/seams over again?
I try not to do it too much. partly because I get boared with the same old thing over and over and partly because I like a challenge. I think I've mentioned this brfore using the same thing, seems like cheating.

Now I know some of you don't like spiders, so fair warning but I couldn't resist 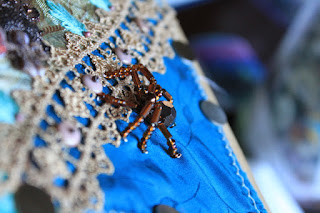 We in the great northwest are in the middle of hella spider time. sometime between end of august and whenever first frost decides to decend, we get spiders everywhere, bushes, trees porches.

Some days it feels like they are trying to catch me.

Posted by Momma Bear at 6:06 PM 5 comments: Links to this post