I must say it took me long enough!

This piece represents all the hours we spend as a family in the back yard star gazing! 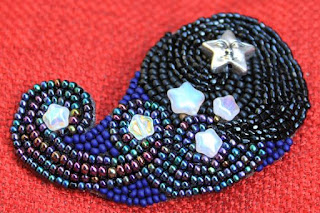 we will drag the papa-san chair from my daughters room and the hammock frame from off the porch and when my youngest visits we will drag out the air mattress too.

this year she was here for the Pleiades meteor shower and we spent a couple of hours counting shooting stars, satellites and bats! oh my!

though the colors are much darker that blue looks much less bluish in person! 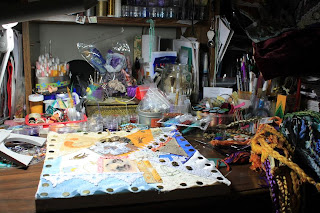 Oh Boy! it's been a while since I posted last!


I haven't abandoned the bloggersphere, I have just had other things to tend to.

you can see my desk is in it's usual state, a mess!

My Garden has grown splendidly, hasn't it! 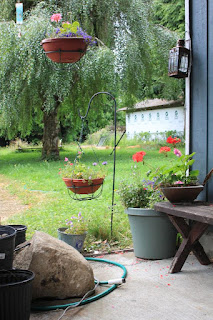 the view from my front porch is one of my favorites. 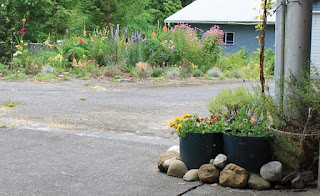 the ORTs jar is being well used!

I may not be posting more than bits and bob's of my ongoing project as it has grown well beyond the original 4 panels into 9!

It's turning out rather better than i had imagined and I am even thinking of entering it in something, as I have just a vauge notion of the rules required in doing that i'm going to be circumspect in what i post about it for a while.

I have decided to dub it my heritage quilt and am working on the main blocks. 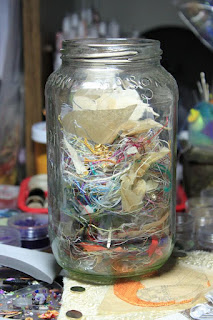 as I am a bit of a mutt I have a lot to work with!

I am also doing a bit of studying up on my, various and sundry nationalities, in hopes of getting a better handle on the ravening hordes, that make up my heritage.

As a result I am learning a great deal such as, scottish history is a disaster almost from start to finish, the Celts got farther than I thought and the vikings got everywhere!


we had a visit from my youngest, for a month, during the summer. which was lots of fun!
much here-ing and there-ing in and around seattle.

my son graduated army boot and was sent to fort hood instead of fort louis McCord.(BOO!)

my DD who lives with me was everywhere with friends who had a car for the summer.

I have detail pictures of Bayeux stitch that i have done for a part of the Norway block. 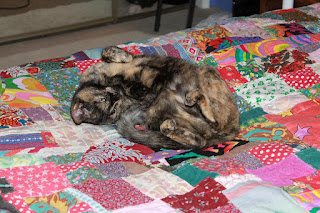 I was inspired by pierres papier sciseaux and her bayeux tapestry project. it's in french but she adds english translation for those who do not parle`.

as a matter of fact the only member of the family not busy was the cat, seen here lounging on the bed quilt started by my gramma and lately by my mom.  she barely moved for this picture and her only comment, was a rather peevish meow when the flash went off!