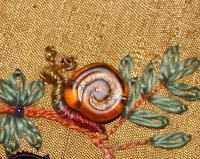 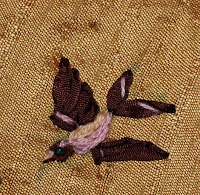 I have finished another Faerie

this one is the Guelder rose Faeries 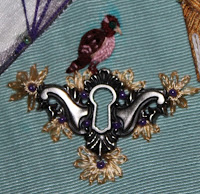 I have used a little more SRE on this piece I am challenging myself to use it. 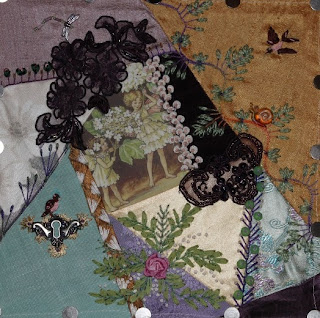 Posted by Momma Bear at 5:00 AM 3 comments: Links to this post

A new faerie and a RR 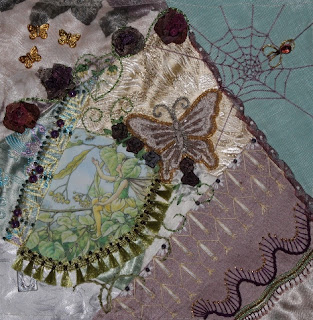 here is my Lime tree faerie all finished, oh whoopse!

maybe not ALL finished.

I just noticed I need to add leaves and something to the green branchy thing at the bottom, ergh! 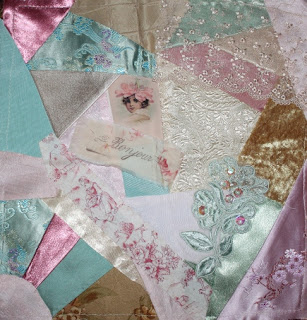 any one can join us BTW if you are in the neighborhood on Wednesdays from 3-6pm Crossroads mall in Bellview, Washington
right in front of the Jo-Annes fabric in the food court.

heritage CQ - an explanation - sort of 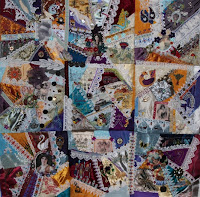 A good friend suggested I put together a post explaining my Heritage CQ.
I think shes right I've got some 'splaining to do!
Not just for you all either.....
I have spent much of my life without much in the way of family history.
mom was a single mother raising little old me, in the middle of the wilds of Wrigleyville in Chicago. Dad had gone back to Lacrosse WI. where he had family and mom wasn't into looking back.

There are family stories here and there but history, there's not much. 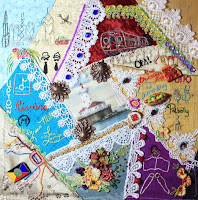 I am a mix of Bohemian, Austro-Hungarian, French, German, Scots-Irish, Norwegian and Blackfoot Indian. So, in short, I'm a mutt. I give my kids a generation or two to bring the rest of the world into the mix!

Going through and researching each of the countries, my parents brought into me, was interesting and insightful.

Not so much because it told me anything about myself I didn't already know, but it gave me a base to understand where all these ancestors came from and gave me a new appreciation of how this, could only happen in America or more specifically in Chicago. 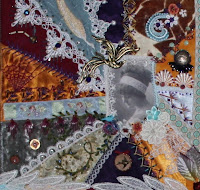 I started with the countries and cultures I knew the most about, Blackfoot, French, German, Norwegian and Scots-Irish I split into two, so there would be an even  number of blocks.

I love the history of Chicago, it's messy and loud and doesn't try to take itself too seriously. where as New York was where everyone landed, Chicago was the terminus, for those going into the west and so everyone eventually came here, in order to go somewhere else. 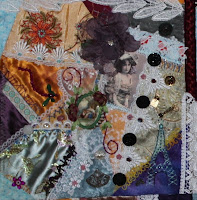 There are still neighborhoods, where you don't have to speak any English, to get along. There are enclaves of Vietnamese, Korean, Chinese, German, Polish, Russian, Jewish, you name it, theres a neighborhood for that. If you were brought up on Foster and Kedzie you are probably Korean. If you were brought up on the west side of Naragansett, you are probably Italian as the east side is Irish. Belmont-Craigan neighborhood was Polish and Hermosa is Puerto Rican.
Growing up there was wonderfully diverse, full of good food, interesting music shops, and people to watch. 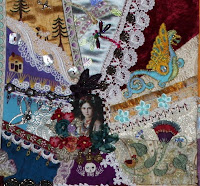 The upper left-hand corner is Blackfoot Indian and holding up the other corner is Germany.
My grandmother's father was Indian, her mother was from Germany. we don't know much here, I think it was too painful for grammy to talk about them.
They died when she was 6 or 7 and she and her older brother and sister wer sent to live with her mother's sister.  She had almost no education and ran away to Chicago in 1927(?) where she met Grandfather. 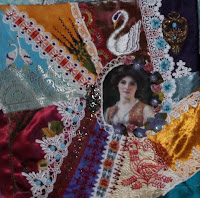 He came to America in 1906 when he was 14, with two, of his brothers, Otto and Adolph(he changed it to Arthur in 1939) . They were born in the Austro-Hungarian Empire, their father was a Bohemian farmer and their mother was French.
Don't know much of grandfathers family either. 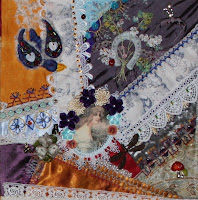 Dad on the other hand, has LOTS of family, all gathered in LaCrosse Wisconsin. "Gods Country" always said in a sonorous voice.There my Norwegian grandfather fell for my Scots- Irish /German grandmother and had lots of babies, who had lots of babies and they had lots of babies.
Honestly if you want to know where over population is coming from the LaCrosse side of the family would be a good start! 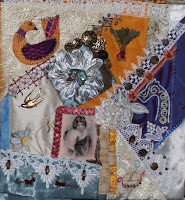 Here things get, well strange, for me at least. This is the side of the family who are so entrenched in themselves, that they had a history of themselves, made into a book.
You would think I would have read this, being a history buff and wanting to know about my family history but no. I have not. You're right, I should but I just can't bring myself to do it. 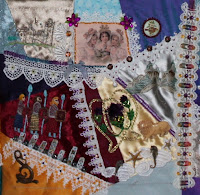 This is the side of the family that has shunned my mother and I for so long, I feel the need to respond in kind.

The last time I saw any of them was at my fathers funeral 13 years ago.  It was strange being surrounded by people who knew exactly who I was, who all looked like me,  who are complete strangers to me.
I am not this petty, normally and this attitude towards that side of the family, bothers me a little, not enough to do much about it but there it is, a flaw in my character. 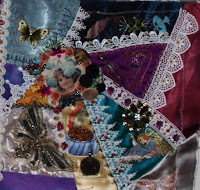 I used to be envious of those who had such strong family identities or identified with a place until I realized how unique I was. In that crowd of people who's families were only this or that, it seamed to be their only identity.
Whilst I knew who I was, they only seemed to know where they came from and were still searching.

This CQ was more to define that which I didn't understand of my heritage, more than to understand my family. I have made for myself a loving family of my own with it's own quirks and oddities, not dependent on or restrained by the past. 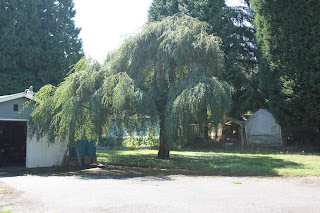 and under her  boughs is my favorite sewing spot 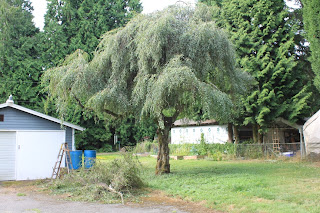 this weekend we decided to give her a trim as her boughs were overtaking the garage and her fronds were whapping my darling fiancée in the face when he mowed the lawn.

nothing like getting a face full of spiderwebs to male a grown man loose his perspective!
(of course I would have run around screaming like a sissy girl!) 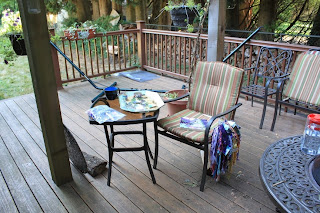 So Mother willow got a haircut and that pile you see is whats left to be chipped and mulched into the garden, so far we covered the verge garden the deck and rose gardens, lots of work done and more to come!
till thats over, I'll sit and sew in one of my other spots on the deck.
tootles!